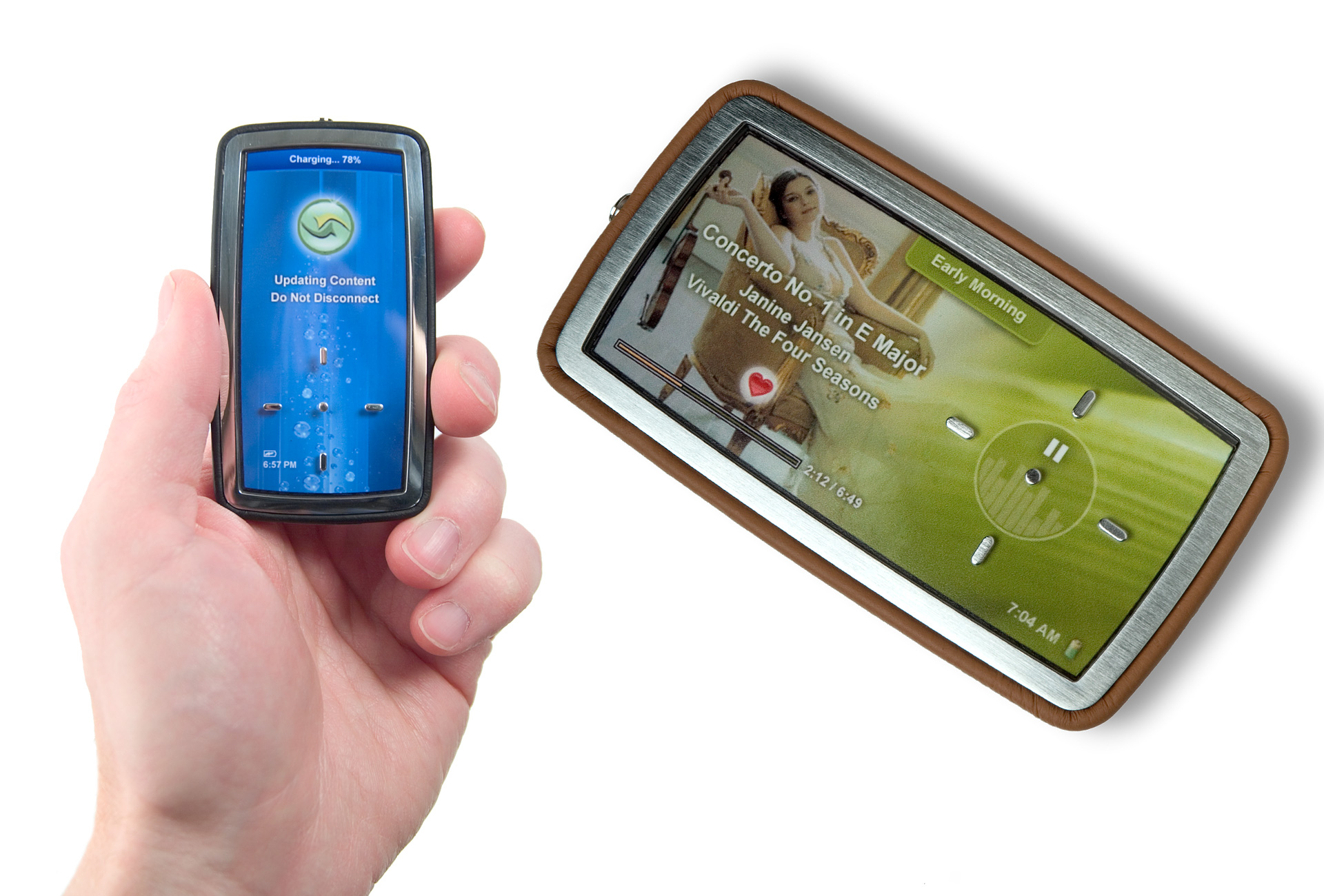 Before the launch of products and services we now take for granted today like smartphones and online music platforms like Pandora and Spotify, the design team and I at Bose believed there was opportunity in the digital and mobile music market. Through user research we uncovered insights which lead to a strategy for a new mobile music service.
User Research
Insight & Concept Generation
Business Model Design
Customer Experience
UX Design
Service Design
Product Design
Storytelling & Presentations

I believe amazing insights come directly from people (customers, users, soon-to-be customers). With that in mind my colleagues and I performed a series of in-home user interviews, talking directly with Bose and non-Bose customers about their use and organization of digital music and how (if they owned one) they utilized MP3 players like the iPod. We developed an insight from the interview, users 50 years-old and up barely used their new iPods. Typically a child or younger relative would buy the user an iPod as a gift, but not setup the user’s music collect nor show them how to add digital music to the device.

These users found the process of acquiring digital music, managing collections, and transferring playlists to the iPod daunting. We nicknamed the phenomenon, The iPod Paperweight. Through customer journey mapping and service blueprints the ecosystem of products, software, and services took shape. 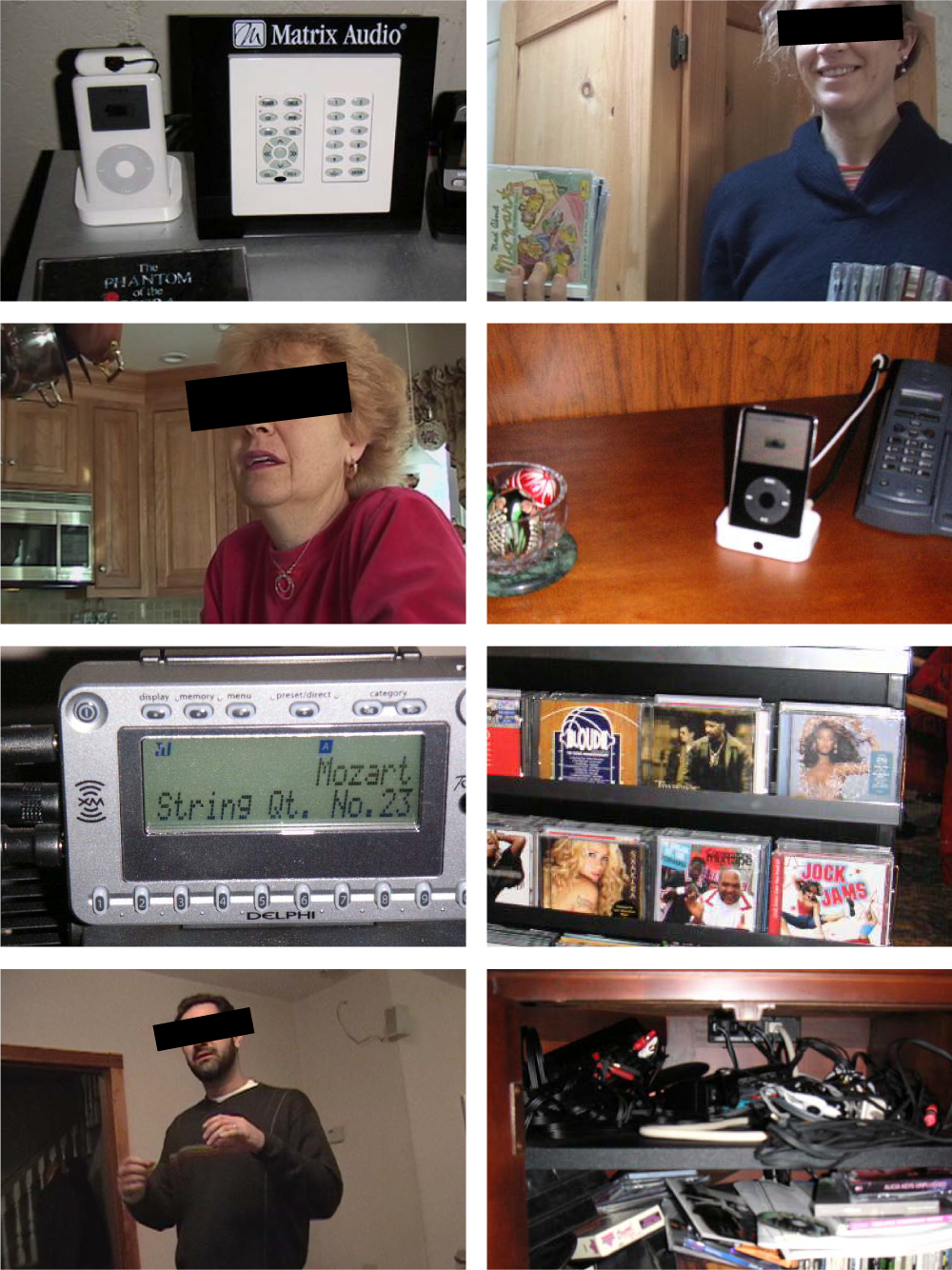 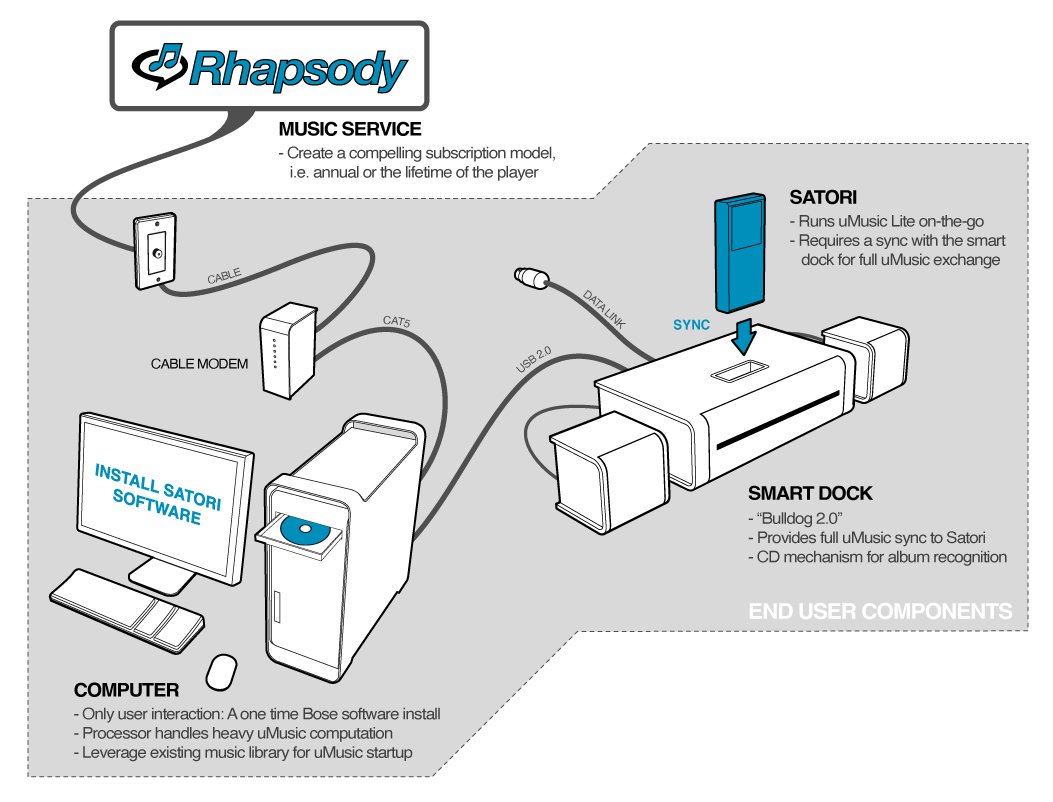 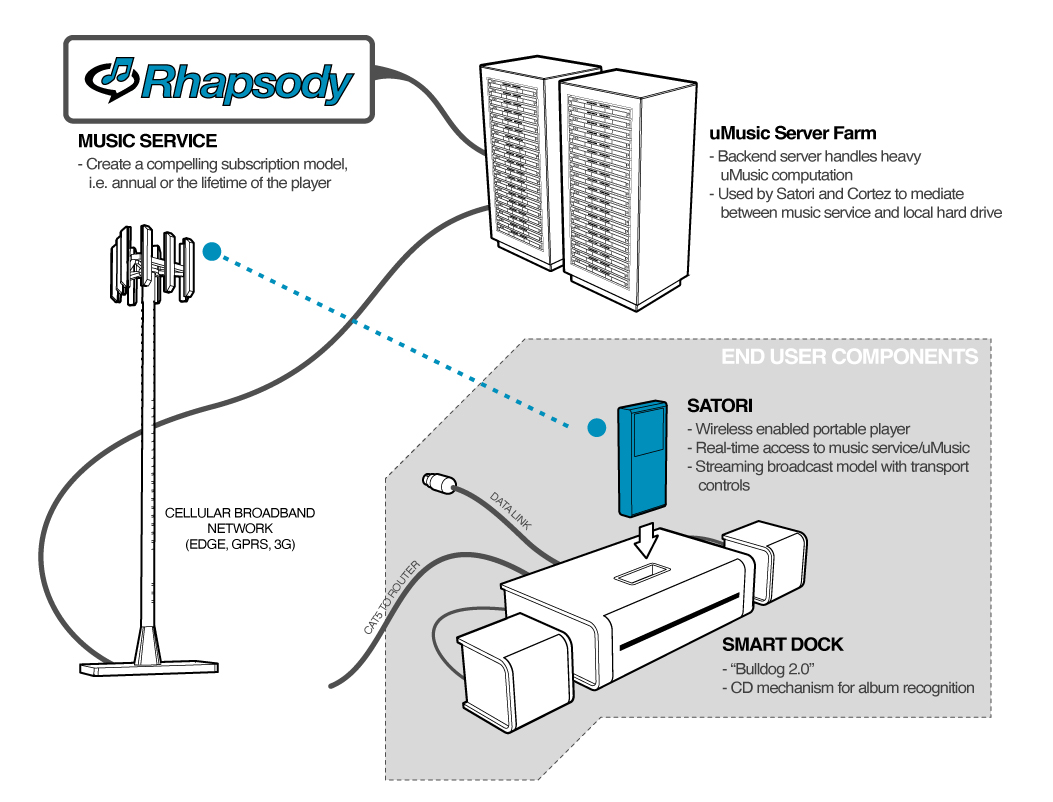 I helped facilitate industry partnership talks with a music service and a device manufacturer, envisioning how Bose’s uMusic algorithm could serve music directly to the user via the cellular broadband network. Users wouldn’t need to worry about loading CDs into their company, buying digital music, or managing collections. After an onboarding process where we’d learn their music preferences, we’d begin simply playing music the algorithm recommended. Users could like or dislike songs and even create simple custom “radio stations” by training the algorithm in different “music streams.”I also designed a concept model for the physical media player itself along with the controls and user interface.