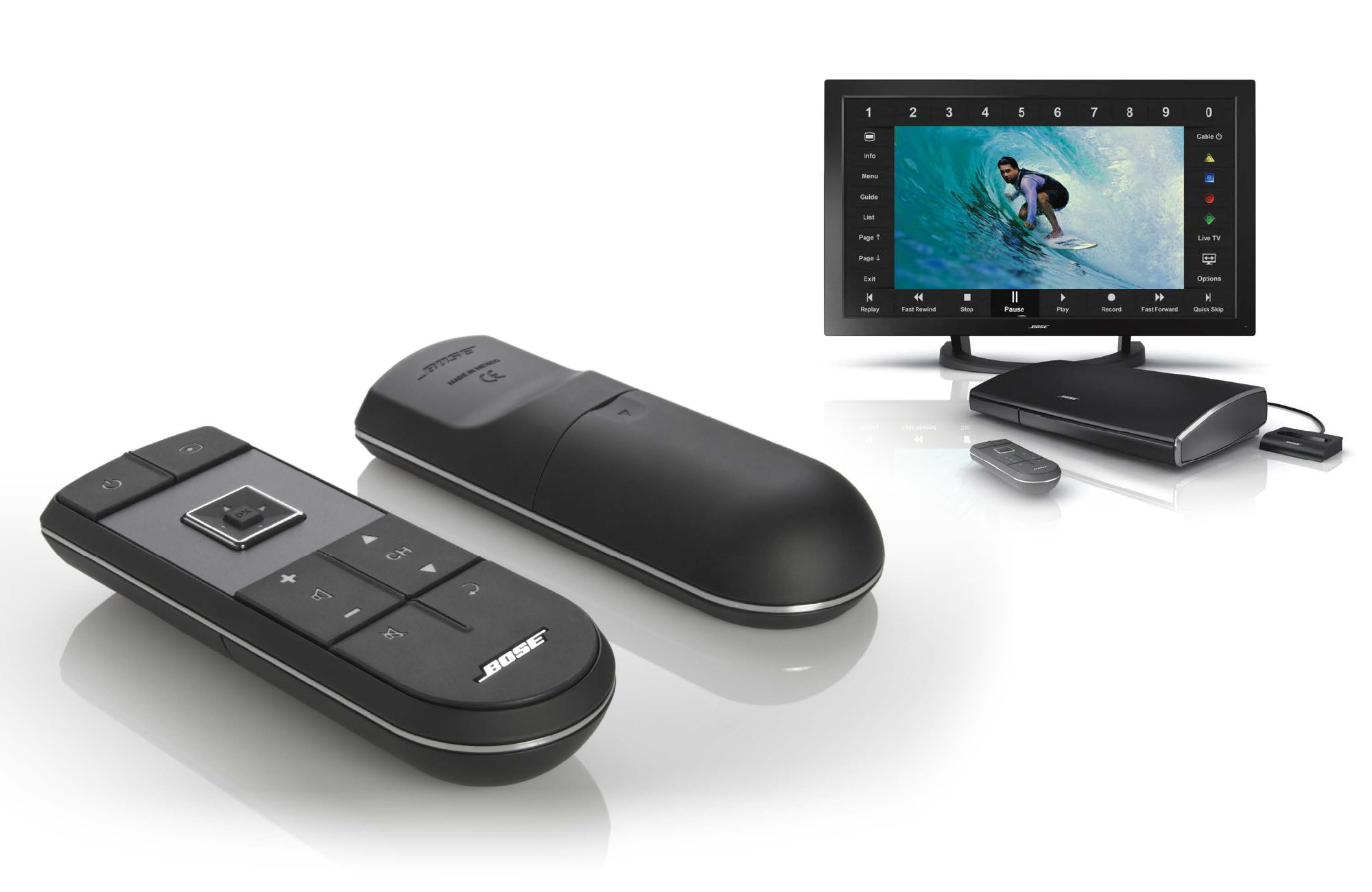 Bose sought to enter the flat-panel television market with an incredible innovation, a TV with the full home theater experience built in. No speakers to place or hang around the room, no bulk sub woofer — everything would be built in behind the panel: hang the TV, plug it in, and you’re on. The acoustics developed for this project were amazing. The design team worked to pair these impressive innovations with a new way to experience interacting with your television.
User Research
Customer Experience
UX Design
Product Design
CAD & Visualizations
Storytelling & Presentations

Interviewing users gave us many insights related to TV setup and controls. One major complaint was the constant looking between the television across the room and the remote in your hand, especially when first purchasing a new system. Our hypothesis: what if you never needed to look down at the remote? What if all the controls were on screen and you controlled everything through touch? This insight kicked off my rounds of user experience simulations and industrial design prototypes. 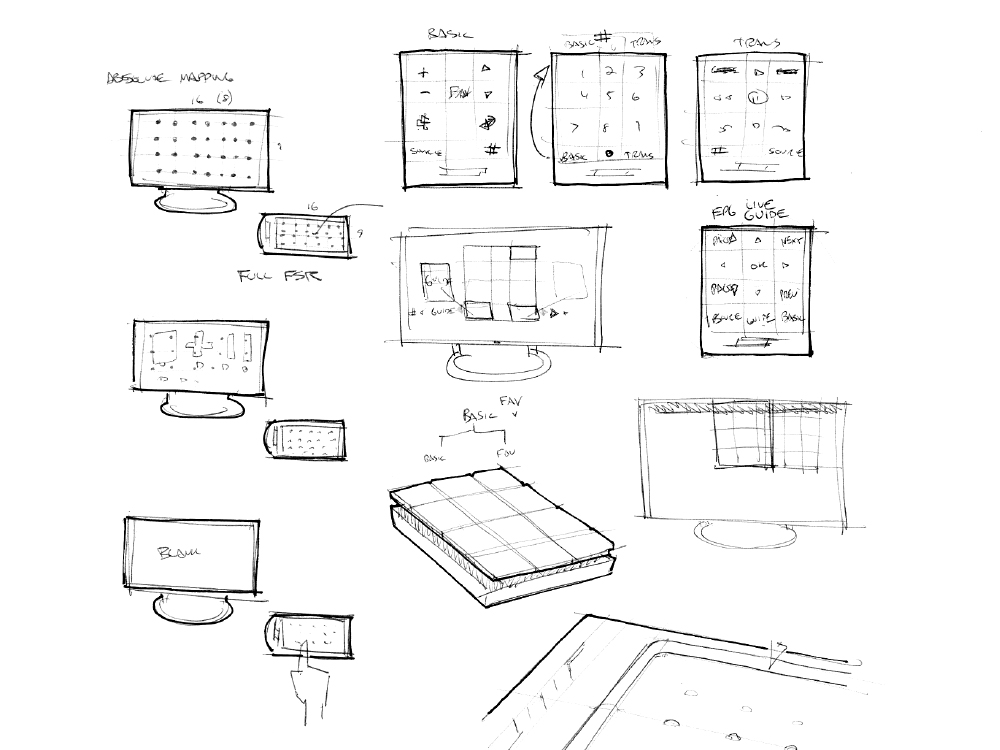 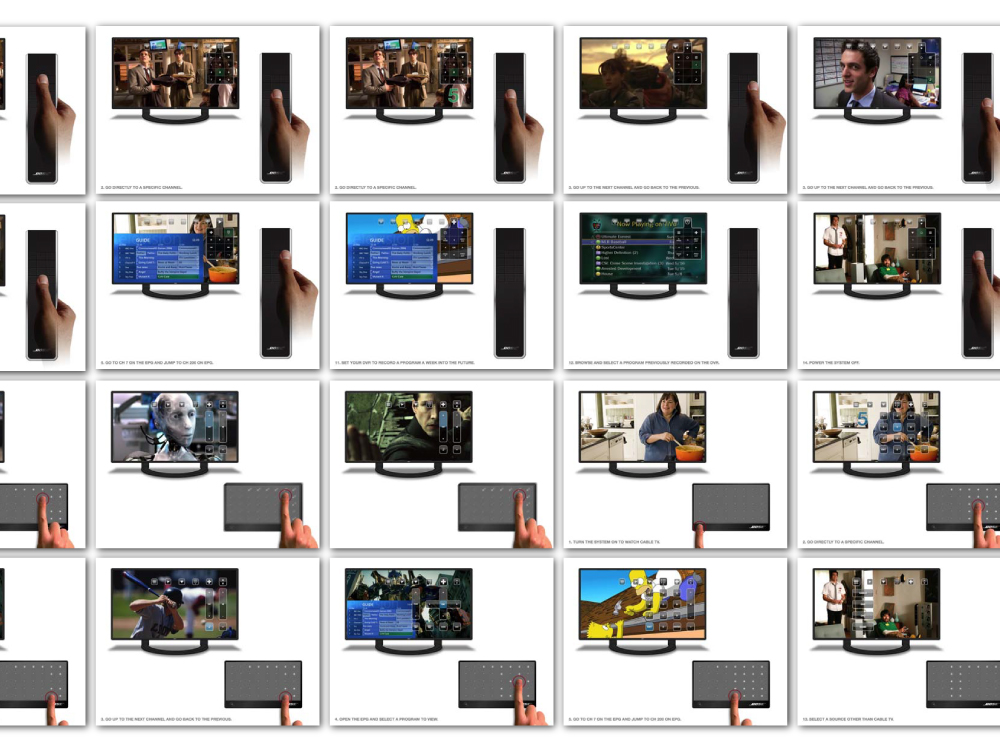 In these concepts, the user holds a touch remote that maps to controls on screen. When their finger touches the remote, the controls appear, overlayed on the screen content. As they move their fingers across the touch surface, different digital buttons highlight, and they press to confirm.

Users were excited about this new way to control their TV, but complained about the controls obstructing their view of the content. We refined further to a “race track” of controls that would appear when the user touches the remote, slightly shrinking the on-screen content. As the user moved their fingers around the touch-sensitive race track on the remote, icons would highlight on screen, and they could then press down on the touch surface with a delightful mechanical click to “press” that button.

With an innovative user experience I then moved to the industrial design — refining the form through sketches, illustrations, and prototypes, before finalizing the design and taking it into production.